Ambassador Derek J. Hogan – US Ambassador to Republic of Moldova 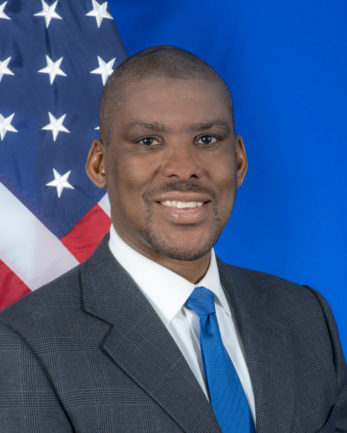 Dereck J. Hogan is a career member of the U.S. Senior Foreign Service. Prior to being sworn in as Ambassador to U.S. Embassy Moldova, he served as the Deputy Executive Secretary of the U.S. Department of State. Mr. Hogan previously served as the Deputy Chief of Mission and Chargé d’affaires in U.S. Embassy Baku, Azerbaijan. Mr. Hogan’s other senior positions in the U.S. State Department include Director of the Central European Affairs and Nordic and Baltic Affairs Offices and Senior Advisor to the President’s Special Representative for Afghanistan and Pakistan. He previously served as the U.S. Department of State Representative on two civilian-military Provincial Reconstruction Teams in southern and eastern Afghanistan. His other overseas assignments include Russia, Belarus, Nicaragua, and the Dominican Republic. In Washington, Mr. Hogan served as Special Assistant to Secretary of State Colin Powell and a Watch Officer in the State Department’s Operations Center.

Mr. Hogan has a Bachelor’s Degree from the University of Pittsburgh and a Master’s Degree in Public Affairs from the Woodrow Wilson School at Princeton University. He speaks Russian, Spanish, Romanian. Mr. Hogan is married to Anny Hogan and they have a daughter named Hannah.