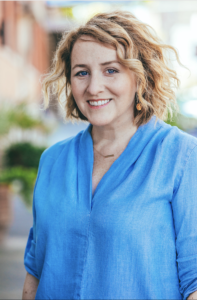 Chloe Cook, Executive Director
Sidewalk Film Center and Cinema, Sidewalk Film Festival
Chloe is a native of Talladega, Alabama and received her BA in Communication from Auburn University. Chloe has served in the role of Executive Director at Sidewalk since 2009. Under her leadership ticket sales for the annual Sidewalk Film Festival have quadrupled and the Fest has been recognized multiple times by international film industry press, most recently being named one of the “50 Film Festivals Worth the Entry Fee” (MovieMaker magazine 2017) and twice named one of the “Top 25 Coolest Film Festivals in the World” (MovieMaker magazine, 2015, 2014). In 2018/2019 Chloe led a $4.9 million dollar capital campaign to fund the Sidewalk Film Center + Cinema, a 11,000+ square foot, two screen movie theatre and film education center that is located in the lower level of the Pizitz Building, in the heart of the Historic Theatre District. The state of the art facility opened to rave reviews October 1, 2019 and after only 5 months of operation was forced to temporarily close its doors due to the Covid-19 pandemic; the Sidewalk Cinema remains closed today with high hopes of reopening soon.
She lives in Glen Iris with her 12 year old daughter, Clea, her husband Josh, and a very loud beagle mix, Sox.