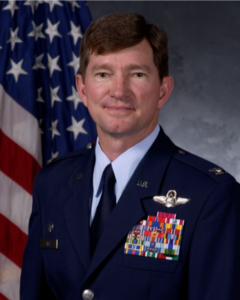 Scotty is currently the Deputy Director for Air Force Junior ROTC Worldwide.  Air Force Junior ROTC currently has nearly 900 units across the US and in 14 countries with approximately 125,000 cadets.  He has been the Deputy Director since 2016 and has been with AFJROTC since retiring from the Air Force after 30 years of service.  Scotty is an Auburn University graduate and served as the Air Force ROTC Detachment Commander at Auburn prior to retirement.