Founded in 1917, the Kiwanis Club of Birmingham has served as a catalyst for growth in our city for more than a century uniting a diverse group of business, civic and community leaders to move Birmingham forward. For more than 100 years, the Club has worked to build a better community. It was instrumental in creating Birmingham’s park system in the 1920s when it hired the Olmstead Brothers, whose father designed New York City’s Central Park. Many of these parks are still in use today including Avondale Park, East Lake Park, Elyton Park, George Ward Park, Linn Park, Birmingham Zoo and Botanical Gardens. Ten years later, Kiwanis spearheaded the effort to move Vulcan to the top of Red Mountain where he has stood as a majestic symbol ever since.

More recent civic projects have included the Giraffe exhibit at the Birmingham Zoo and Itty Bitty Magic City at McWane Science Center. Children of all ages are at the heart of service projects for the Club. Members regularly read to Head Start students as well as donating more than 2,000 books to the program annually. The Youth of the Year scholarship program is also an important outreach recognizing outstanding seniors in the community with scholarships. 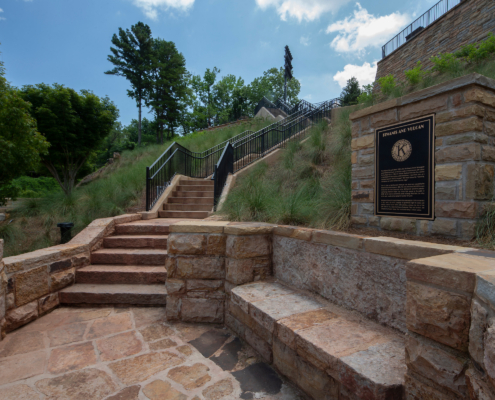 A century of service

To commemorate its 100 years, the Club built Kiwanis Centennial Park and Kiwanis Vulcan Trail at Vulcan Park & Museum—a transformational project for Birmingham that is catalyzing positive civic change. Members are raising the $5.8 million for the expansion of the footprint of Vulcan to enhance the community’s urban revitalization and green space initiatives making Vulcan and Birmingham’s trail system a leading tourist attraction in the state. 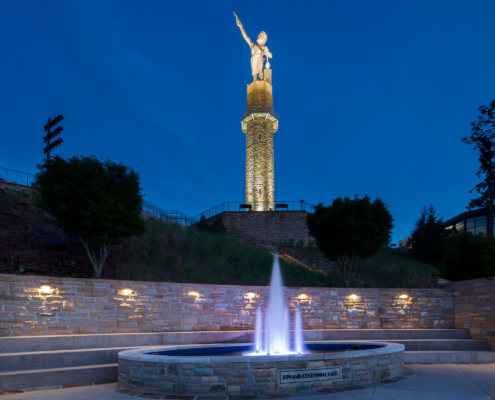 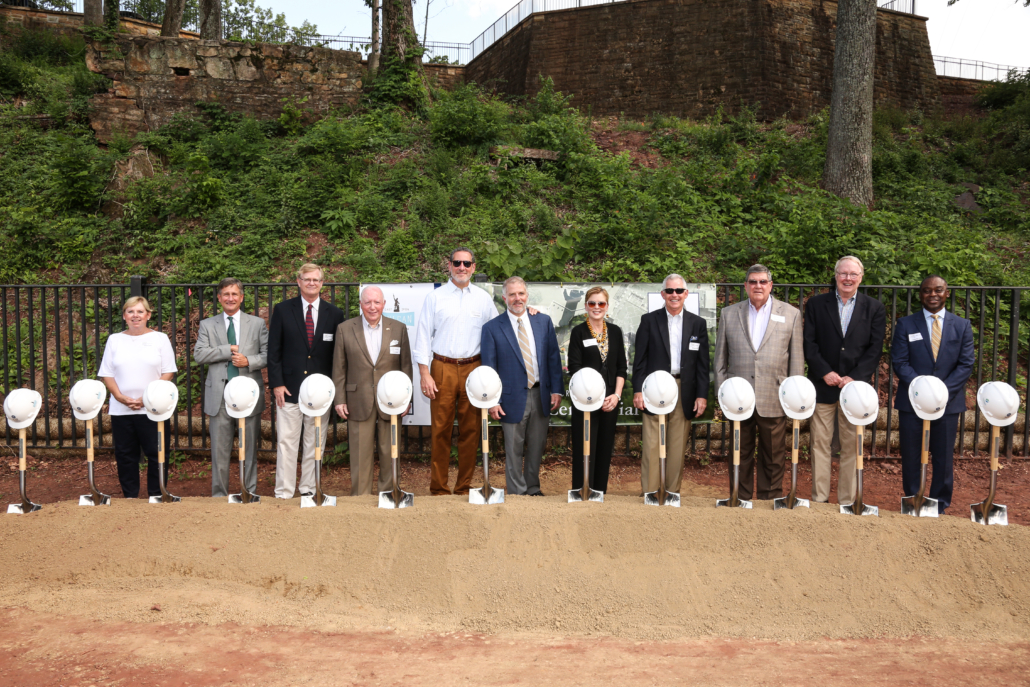 How Kiwanis Was Founded …

On February 28, 1917, Dr. A.D. Durham of Oakmont, Pennsylvania, arrived in Birmingham at the office of Dr. Percy A. Woodall, an old friend of many years, and a fellow member of the medical profession.

Dr. Durham explained that his mission to Birmingham was that of organizing a Kiwanis Club, an organization started in Detroit in 1915 and composed of leading businessmen whose motto was “We Trade” – who were interested in improving the community, and incidentally in promoting business for themselves. There were ninety-one clubs in the United States at that time. Dr. Woodall was a Rotarian but gave Dr. Durham the names of some nine or ten leading businessmen of Birmingham as a nucleus with which to start.

At that time Kiwanis was a copyright name, owned solely by Allen S. Browne of Detroit – originator and organizer of the first clubs, who used the organization for his own financial gain. He received one dollar for each member added to the rolls.

Dr. Durham secured the required number of names on an application for a charter, and forwarded it to Kiwanis International in Detroit. The charter was granted on May 19, 1917. The first president of the Birmingham Kiwanis Club was Mr. W.C. Bonham, who served through the year 1917.

A year later the Birmingham club had reached a membership of one hundred members, and was under the guidance of Mr. J. Mercer Barnett as president. He was elected a delegate to the Kiwanis International convention which was held in Cleveland, Ohio, that year, and was instructed to try to secure the convention for Birmingham in 1919.

Mr. Barnett was successful in his bid, and the 1919 Convention was held at the Tutwiler Hotel, with the Birmingham club as host and Mr. Barnett as its President.

Delegates arriving on May 19th knew that the fate of Kiwanis was to be determined in the next three days. An agreement to purchase the Kiwanis name from Allen Browne and to eliminate the “We Trade” exchange-of-business principle was critical.

On the afternoon of May 19th, negotiations with Browne for the purchase of Kiwanis both began and broke off. Browne threatened an injunction to halt the convention from continuing under the Kiwanis name. This crisis ended when J. Mercer Barnett contacted all Birmingham judges and secured their assurance that no injunction would be issued.

On Tuesday, May 20, Browne suggested that $20,000 would be a fair sale price. Board members countered with a threat to disband Kiwanis and reorganize under a new name, but eventually offered $12,500. At 2:00 A.M. Wednesday morning, an agreement was reached to deliver Browne $17,500 cash before Thursday, May 21. Upon receipt he would relinquish his rights to the Kiwanis name.

When the convention convened on Wednesday, the delegates wrote personal checks for $17,500. However Browne insisted the payment be made in cash.

In 1922, long-time Kiwanian, Joseph H. Brady, would recall personally carrying a case filled with $17,500 in cash to the Tutwiler Hotel on Wednesday, May 20, 1919. Brady was at that time the teenage assistant to J. Mercer Barnett. Barnett had made arrangements with Birmingham Trust National Bank President, Col. Tom Smith, to convert Kiwanian checks into cash, personally guaranteeing all such checks.

Kiwanis bought itself that Wednesday morning in half an hour’s time! Allen Browne’s deadline for Thursday noon had been met with almost 24 hours to spare!

Birmingham Kiwanis and its leaders were critical to the birth of Kiwanis International as a service organization. It was here that the organization was reorganized on the basis of community service rather than personal profit; and the motto was changed from “We Trade” to “We Build.”

Mr. Barnett was elected to the office of International President at the convention in 1920 which was held in Portland, Oregon. He was one of the most popular presidents that Kiwanis International has ever had, if not the most.

The Birmingham Club has, through the years, furnished its share of officers for the Alabama district. Since the organization of the Club, its roster has contained the names of the outstanding businessmen and women of the Birmingham area.