The origins of Vulcan park date to 1923, when the Kiwanis Club of Birmingham spearheaded the drive to successfully create a comprehensive park system for the Magic City. In 1925, the Olmsted Brothers landscape firm revealed A Park System for Birmingham, which envisioned a “naturalistic park…of a mountain type and distinct character” that would feature the expansive, impressive, and varied outlook from this ridge.”

The 4.5 acres on Red Mountain were secured by the Kiwanis Club of Birmingham in 1935. The club also raised $45,000 to move Vulcan from the state fairgrounds to his 124-foot tall sandstone pedestal overlooking Alabama’s largest city. Vulcan Park opened to the public in 1938. Yet the vision to connect this parcel to George Ward Park, two miles to the west, would not be realized for another 94 years.

Members of the world’s largest Kiwanis Club celebrated its 100th anniversary in 2017 with a $5 million campaign to dynamically light the statue and pedestal, restore Vulcan Park’s north entrance, enhance the view of the park from the city, create the Kiwanis Centennial Plaza and fountain, and complete the Kiwanis Vulcan Trail envisioned nearly a century earlier. 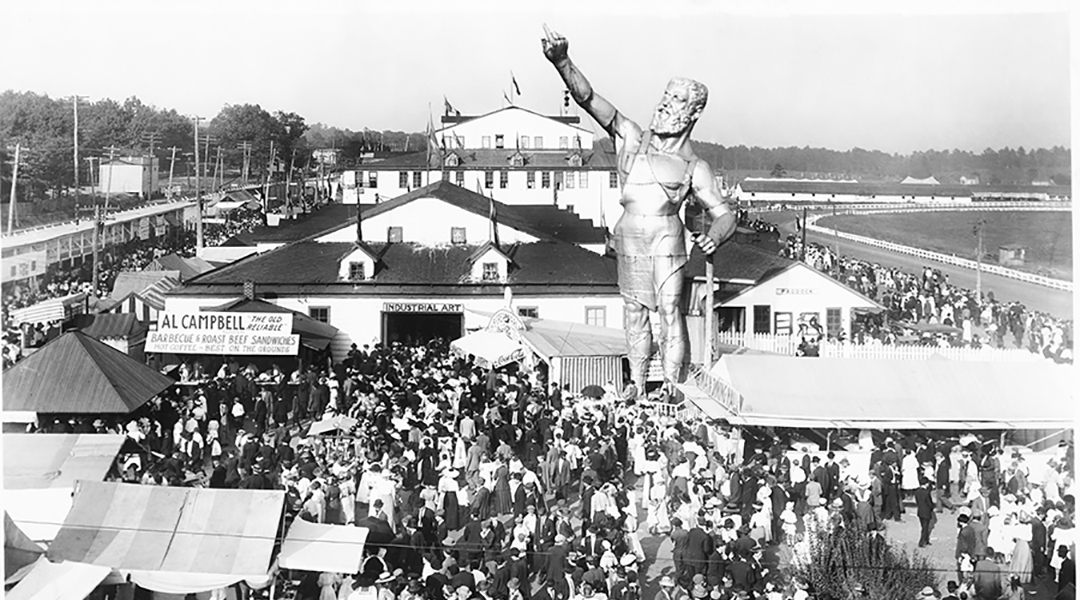 Now, a century after receiving its charter, the club has organized a centennial project that celebrates its past and future by revitalizing Vulcan Park and Museum. In partnership with the city, Vulcan Park and Museum and the Freshwater Land Trust, club and project officials broke ground on the more than $4 million, three-point Vulcan project.

It began with the installation of a multi-colored light show, designed by Schuler Shook, that will be projected onto Vulcan every night.

Next, the north side of the park, which needed significant repairs, was landscaped and a lower piazza entrance will be renovated into a municipal event space and named the Kiwanis Centennial Park.

In addition to enhancing Vulcan’s prominence on the skyline, this visionary project set out to physically connect Vulcan as the central hub from which locals and tourists will access our cultural institutions and parks.

A final component will be the creation of a two-mile trail that will extend from the park to Green Springs Highway. The trail connection from Vulcan Park to Green Springs Highway is the vital backbone of the Red Rock Ridge and Valley Trail System. The trail is the central green space in the 750-mile trail system that the city and the Freshwater Land Trust are working toward.

The hope for the project is to serve as a catalyst for renovation, rejuvenation, and transformation for a new Birmingham